It was a storybook Southern California day as I walked down Sunset Blvd on my way to meet Meddy Teddy at 9021Pho.

The clouds were artfully placed in the sky at just the right intervals, the sun shone through the palm fronds, and a gentle breeze kept the temperature at a perfect 70 degrees.

Meddy Teddy recommended we have lunch at this hip “East meets West” fusion restaurant because it was only a few doors down from the studio where he and I would practice yoga with a group of parents and their children later that afternoon.

When I stepped into the restaurant, it was easy to spot Meddy Teddy in a lightweight “Be Mindful” t-shirt and his signature white yoga pants. He was sitting at a table in the corner writing in his journal while sipping a glass of water with lemon and no ice.

He looked up to scan the room and I waved to let him know I had arrived, then made my way over to the table. I introduced myself and reached out to shake his paw, but he enveloped me in a warm bear hug instead.

Even as the only bear in the crowd, Meddy Teddy is clearly a bear at peace with himself. He radiates a sense of calm, thinks before he speaks, and listens intently.

He even called to the server by name when we were ready to order our food and after seeing my voice recorder on the table our server, Joaquin, made a point of telling me how much Meddy Teddy had helped him connect with his own son through yoga.

Joaquin’s comment was the perfect lead-in to some of the specific questions I had for Meddy Teddy. I wanted to learn more about his goals and approach as well as the yoga community’s reaction to a posable plush yogi.

So I asked Meddy Teddy about why he felt there was a need for a mindfulness and yoga bear.

“More and more adults are regularly practicing yoga, but they aren’t always sure of how to share this love of a regular yoga practice with their children.  When I practice with the parent and child, I am able to bridge the gap and keep the child engaged and trying new things.

And children are our future, so I want to support them in practicing yoga and mindfulness as early as possible. There are scientifically proven benefits to yoga that include: improved academic performance, increased self esteem, and a reduction in anxiety.

When I imagine the impact these benefits will have on a child’s daily life, I am confident I will make a difference. I want to help create a physically healthier and emotionally stronger community for years to come.”

I pressed further to see if the yoga community was welcoming with him with an open heart?

“I have been humbled by the outpouring of support. The parents who are already practicing with me are telling all of their friends, and other parents are anxiously awaiting my arrival at their doorstep so they can set up a home practice.

My message is gaining such great momentum I was inspired to start a crowdfunding campaign in order to meet and practice mindfulness and yoga with as many children as possible. I also continue to create partnerships with like-minded nonprofits that are dedicated to bringing yoga to children in a variety of settings across the country.”

Meddy Teddy Is A Mindfulness And Yoga Warrior 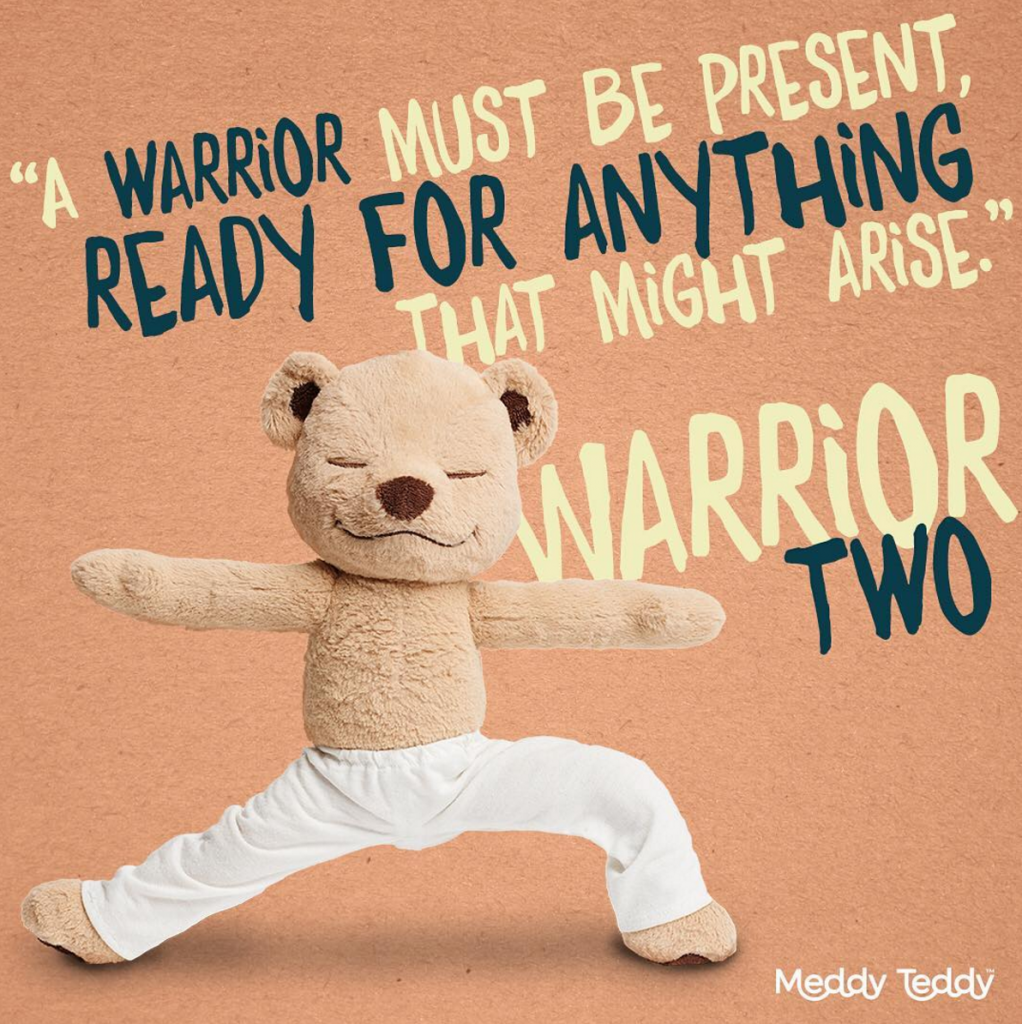 The conversation continues to come easy as we talk in more detail about the workshops and school visits he plans to schedule in the coming months. And as we finish our meals – he a veggie rice dish and me the mei-nam noodles – I turn the discussion to how he handles the naysayers. Specifically I want to know about how he deals with people who think he’s ‘just a really bendy teddy bear and nothing more’?

“There will always be people who don’t understand the benefits of mindfulness and yoga. And many of those people can’t see how a bear will impact change, but that’s not my concern. I feel confident in who I am and what I can bring to children across the world so I choose to focus on that instead.”

And what does he tell the children who adamantly tell him “I can’t do yoga!” when he asks them to practice with him?

“For kids who are afraid to try something new, I start with some acrobatic yoga to get them having fun. Yoga is pretty easy to do once you start seeing how your body moves and kids quickly learn they are natural yogis.”

Breathing Through The Speed Round

When I realized we only have about 30 minutes before the start of the yoga class, I decided to wrap things up with a five fun and easy pointed questions. The hard part was that he could only use a single sentence (or word) to answer the question.

What style of yoga do you gravitate toward most right now?

What pose is the most difficult for you?

“Utthita Hasta Padangusthasana / Extended hand to big toe pose is a tough one for me because my paws are a little too big to grab my big toe and sometimes they get in the way.” 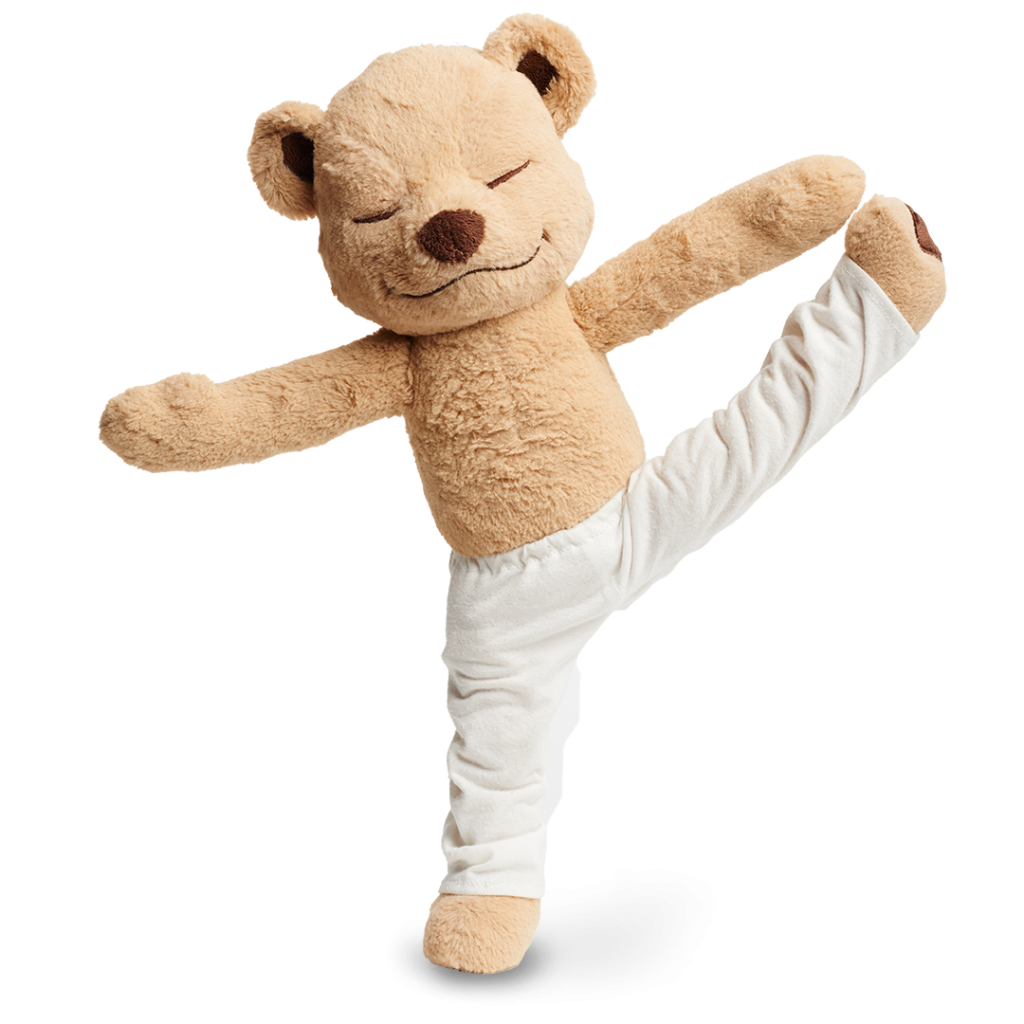 What is your dream yoga workshop location?

“In a forest or alongside a river stream; any place in nature, really, is my ideal location!”

Do you remember to pick up your room every night?

“I do because a clean room starts your day fresh!”

Who in the yoga community do you aspire to meet?

For this final question, Meddy Teddy didn’t need words and instead grinned a big beary-toothed grin, then proceeded to show me a recent Twitter status he’d favorited of, none other than, Miley Ray Cyrus.

It appears even yogi bears have celebrity crushes! So if you’re out there and listening, Miley, Meddy Teddy would love to practice yoga with you. Maybe you could do a Backyard Session together?

With our lunch complete, we made our way over to the studio and, as expected, people walking along Sunset all waved their hellos to Meddy Teddy, their very own local celebrity.

When we arrived at the studio, Meddy Teddy excitedly introduced me to some of the people who have been supporting him since the very beginning like Summer and Karissa. The children attending the class ran over for a pre-class bear hug and then all of us made our way to our mats, grateful for another opportunity to practice yoga.

How To Make A Custom Face Mask Using A Stencil

How To Stay Super Stylish And Stress-Free {GIVEAWAY} 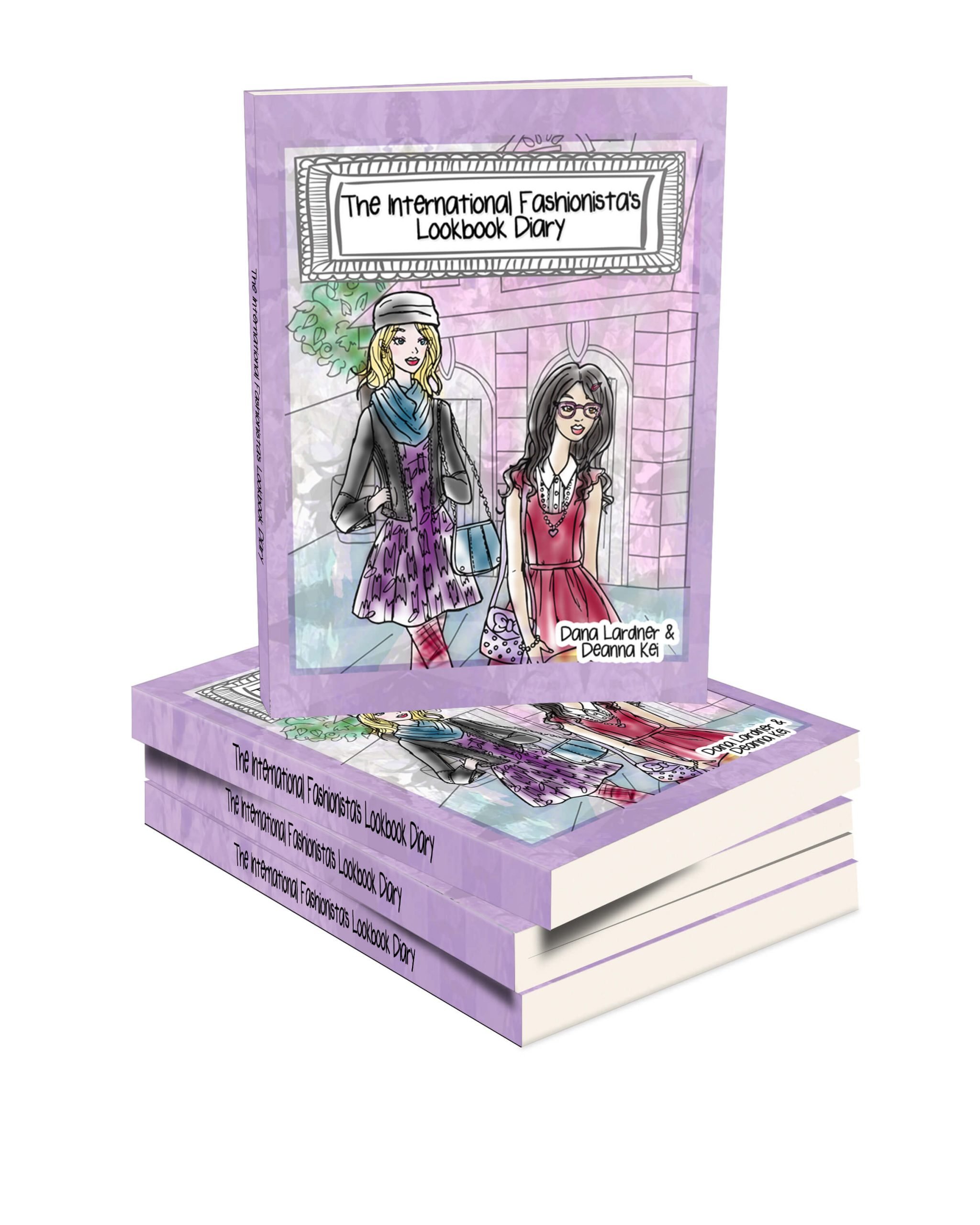